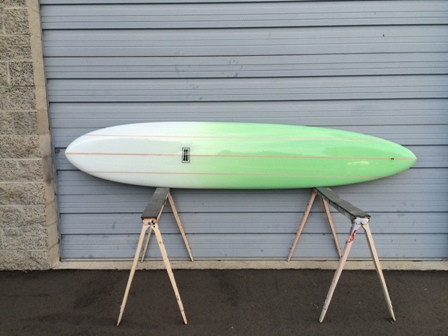 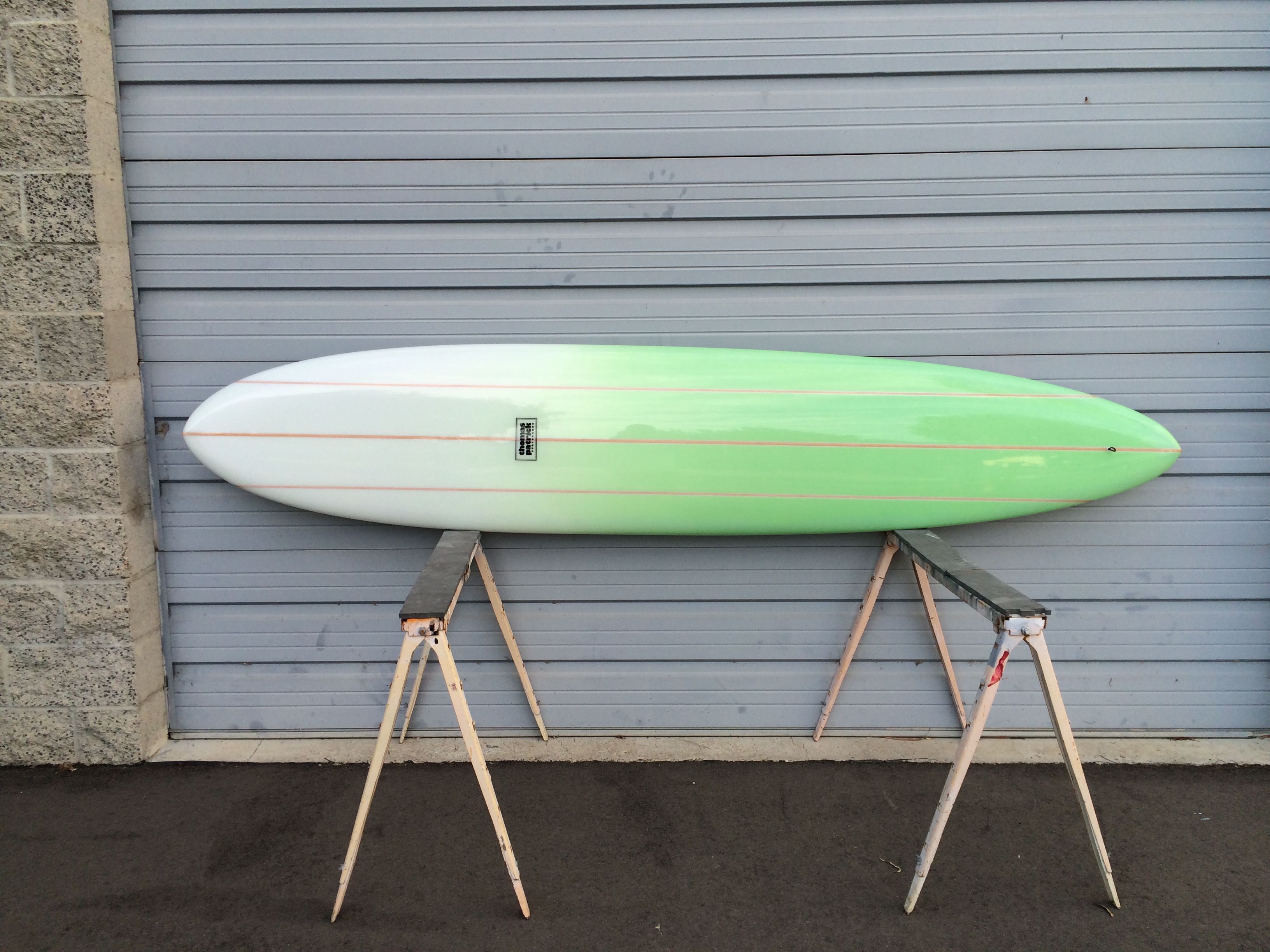 Winter is just around the corner, and by all reports, El Nino is expected to bring sizeable surf to California. Some have said that conditions will rival the El Nino winter of 1997-98, when the end of the Ventura Pier was knocked off. With this in mind, I built a longboard semi-gun for waves approaching DOH. I’m calling this shape the Speedster SG and the dimensions of this particular board are 9’9″ 17″ x 23″ x 13-3/4″ 3-1/4″ . This board offers fast paddling, and is sized to get the rider into the wave early. Speed and control once in the wave were also design considerations. 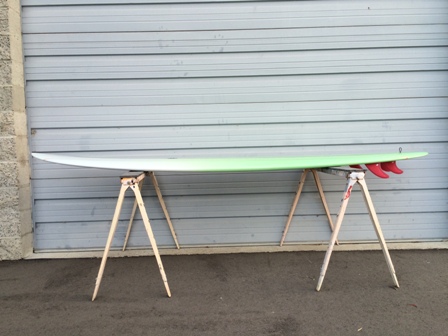 This LB has about 2.75″ of tail rocker and 5.75″ of nose rocker, with most of the nose rocker in the last 18″. This produces a fairly flat but continuous rocker curve, to prevent speed max-out. Most of the thickness is pooled several inches above center, and tapers quickly in both directions. 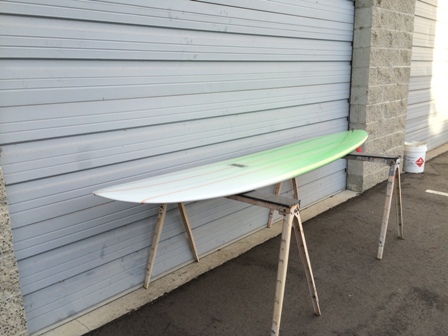 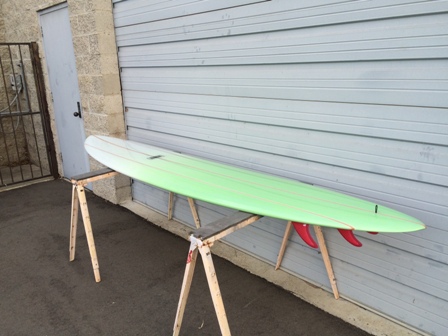 The bottom has a hull-like entry for cutting through the chop that blends into a flat mid-section. A panel-V begins just forward of the fins and turns flat just behind the fin array. The rails are soft in the nose, becoming 60/40 in the middle and progressively down beginning just in front of the fins. The rail has a tucked but undefined edge becoming down hard in the last 12″. of the tail.The board can be surfed as a quad, 2+1 or single-fin, depending upon conditions and the personal preference of the rider.

This board is built to withstand the harsher conditions of larger surf, The glassing schedule has a 6oz bottom, with a double 4oz deck and 3/4-length 4oz deck patch. The triple, basswood stringer includes a 1/8″+1/8″ T-band center stringer for added strength. The board was given a mint-green fade air-spray, and a gloss and polish finish. I’ve chosen FCS Fusion boxes, and have installed True Ames CI template fins in both the front and rear positions. Using McKee’s formula, I’m using the CI template center fins (50/50 foil) in the rear position. The TA CI template is the same as the AM2 or M2 template, with 35° rake for hold and added projection out of turns.